Breaking News
Beating inflation get dividents and have upside potail is agood thing in trading
Why Does Warren Buffett Read So Much?
earnings seasion and Getting more trade setups
Financial Markets SUPER SPEED MODE
Skip to content 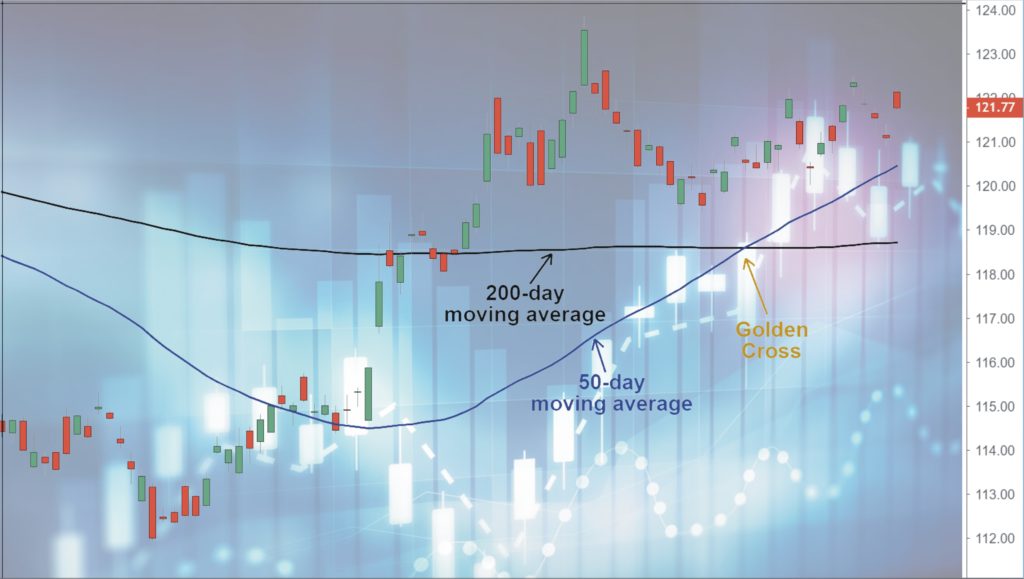 What is a golden cross in trading

How does a golden cross pattern look:

The Three Stages of a Golden Cross

The golden cross is characterized by three stages. They include:

This stage happens prior to the crossing of the moving averages. It corresponds to the phenomenon whereby a long-term trend has a short-term trend traversing below it.

This is what most of the market watchers and investors capitalize on. Generally, they hope that the continuation of the upward trend proves to be the bullish trend sign for the stock market, leading to higher prices.

Final Thought on the golden Cross

The golden cross in trading therefore proves to be an important tool for market watchers and investors. However, there is a need to know that you won’t bank on this indicator alone, buying at every sight of the indicator. Adoption of the above-given strategies and combining this indicator with complementary indicators will help you make an informed decision about the stocks.

The opposite of the Golden Cross
Is the Death cross here you can find out what it lookslike Charts.

more into How to learn trading

Why Does Warren Buffett Read So Much?

4 thoughts on “Golden cross in trading”